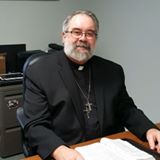 I spoke on a chapter last week; 1 Corinthians: 6, it’s a letter that brings up controversy in our society. I understand why but I needed a way to help define it. Through prayer and discernment the Holy Spirit put an explanation on my heart.

We are a broken society but we struggle admitting it. Our sinful nature and the world give us false ideas about what is true and holy and we lose our way. The serpent started his work in the 3rd book of Genesis and hasn’t stopped. He lied to Eve causing her to fall to curiosities and want.  Adam followed the same path without question. We don’t have to wonder where it started but we have to accept that it has blurred our vision ever since.  I know that many will quit reading at this point but that is part of the Devil’s plan. When we feel uncomfortable we stop moving forward.

The bottom line is that God has created us. He is the boss, the supervisor, the CEO, the administrator, the King of the world. His decisions are final. The part we don’t seem to understand is everything He does is “for our own good”. Now doesn’t that sound familiar, our Father in heaven wants the best for us.

The part we need to grasp is; it is God’s heaven and God’s earth, His Salvation and His hell. We do not make the rules; we do not change the rules. People get irritated with an almighty ruler but without a single direction we end up with no direction. John Adams the second president of the United States made this statement on the creation of the democracy;

“There is nothing which I dread so much as a division of the republic into two great parties, each arranged under its leader, and concerting measures in opposition to each other. This, in my humble apprehension, is to be dreaded as the greatest political evil under our Constitution.”

A two party system was a concern to the authors of our constitution, think of GOD’S concerns in His creation. As we have experienced in our lives, man has issues running his own existence, we need a guide. May we stop resisting our Father’s directions and give Him the respect He and only He deserves.